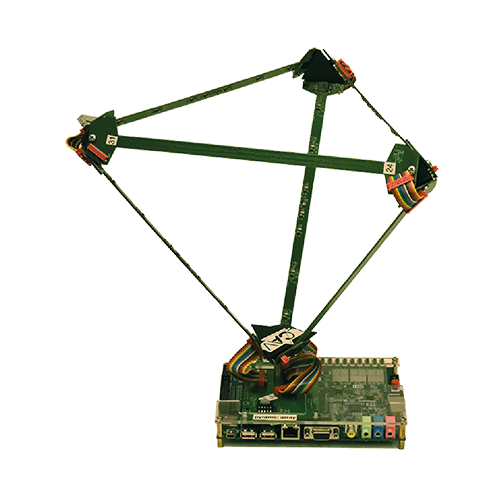 Over the last few years, with the help of several people, (René Beuchat, Eric Bezzam, Juan Azcarreta Ortiz, Corentin Ferry, and Loïc Droz), I have built several microphone array systems that I currently regularly use for demos and experiments.

My flagship microphone array is the Pyramic 48 channels microphone array. It has a flexible semi-reconfigurable configuration. It is constructed of long and thin PCB each sporting 8 MEMS microphones and an AD converter. Two PCB can Be daisy chained and in the end connect to an FPGA/ARM system.

The array was tested in an anechoic chamber and a large dataset of recordings were done there. The dataset can be used to test direction of arrival algorithms. 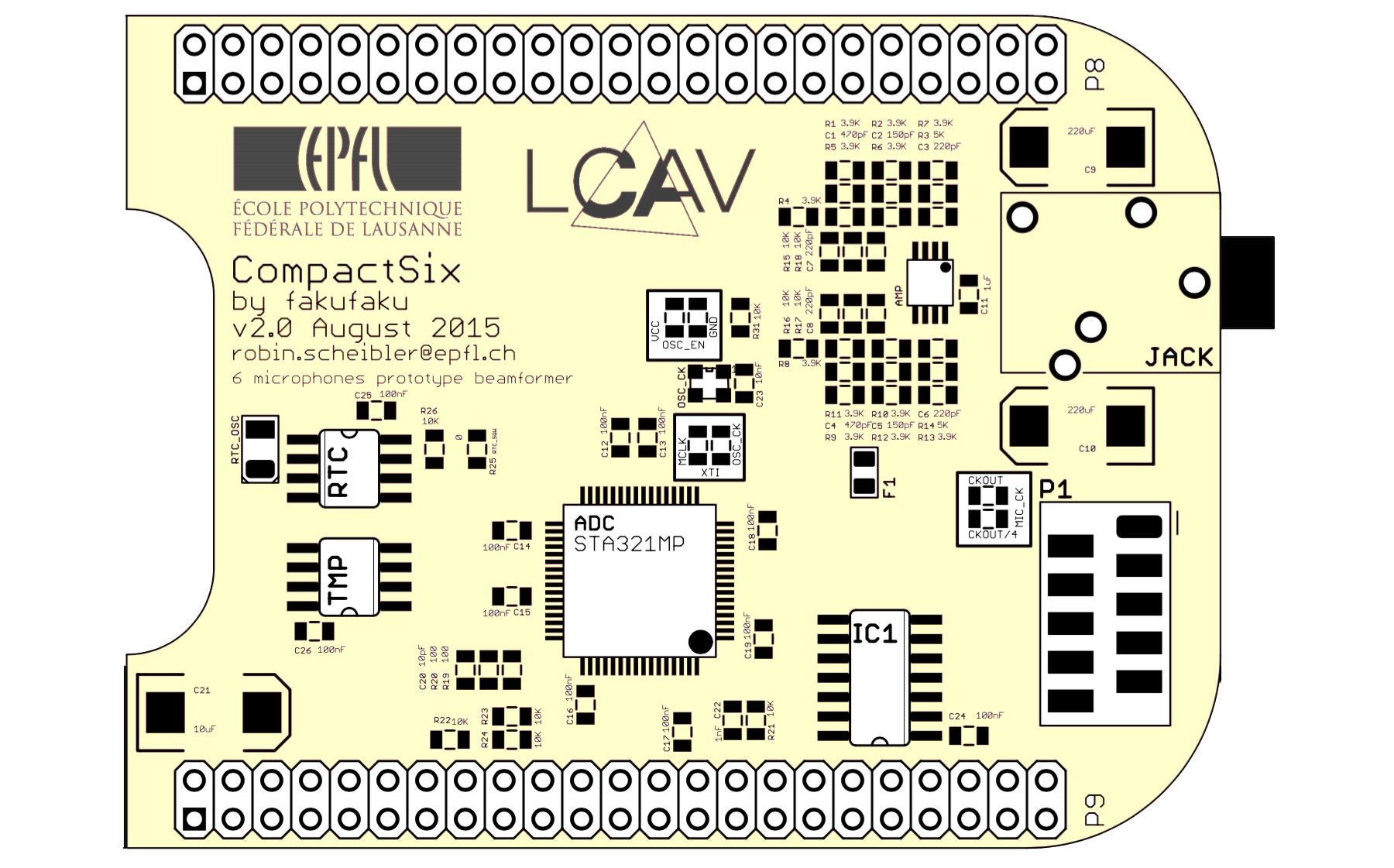 The CompactSix array project was started in the summer of 2014 when I decided I needed a platform to conduct practical experiments for multichannel processing algorithms. My initial design was a cape for the Beaglebone Black sporting a six channels PDM microphone processor chip (STA321MP). After a lot of struggle, I managed to write the ALSA driver for this processor… Only to discover about a year later that the STA321MP was not supported anymore when I asked the manufacturer for help with some of the functionalities.

Frustrated by this and also due to the lack of real-time capability of the ALSA framework, I decided to do all the PDM decoding in one of the programmable realtime units (PRU) of the BBB. I was very lucky then to receive the help of Loïc Droz who did the implementation of the CIC filters in the PRU. I produced then a new hardware design for possibly 8 channels (only 6 supported in processing now). The new hardware design allows both for keeping the array all on one PCB, or cutting off the microphnes and using wires for more flexible geometries.

Easy DSP is a system that lets us interact in real time with the output from the microphone arrays. It has two parts. One is a small C daemon that runs on the embedded Linux onboard the microphone array (CompactSix or Pyramic) and opens a Web Socket delivering the audio data over the network. The other part is a web based interface that can retrieve the audio samples and start python snippet to process the audio. It can also receive back some data to plot from the Python script.